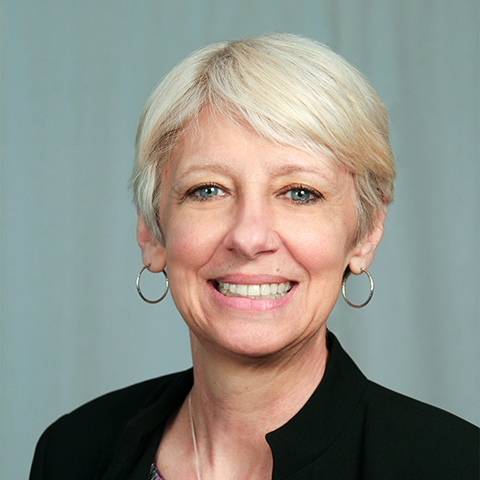 “My parents taught me at an early age that one individual can make a huge difference in a person’s life. I love working for Meals on Wheels because we prove this fact every day.”

Barb Morris began with Meals on Wheels, Inc. in 1993. For the past 20 years she has dedicated herself to bringing positive change to assisting central Indiana’s elderly, disabled and homebound.

Her roots in community service go back to her childhood in northwest Indiana. Barb’s parents were very active in raising funds for children born mentally and physically challenged. Barb’s sister was born with Down syndrome and at the time, with very limited resources, her parents sought out other parents and launched the Loving Care Nursery which eventually grew to the area’s first ARC program. “While other kids were watching Superman on TV, I was watching real superheroes right in front of me.”

Barb graduated from Purdue University with a bachelor’s degree in psychology, and Butler University with a master’s degree in family and marriage therapy. She is a licensed psychotherapist. Barb and her husband of 33 years, Cameron, have one grown son, Justin, who is the music supervisor for JUMO Music.
Barb serves on the Indy Hunger Network and Elders at the Table (EAT), both groups dedicated to ending hunger in Central Indiana. 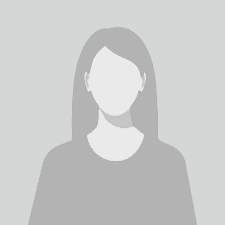 “Knowing firsthand the impact that our programs have on our client’s lives encourages me to find ways to do more.”

Kelly joined Meals on Wheels in August 2016 as Asst. Development Director and supports the vision of Meals on Wheels by creating innovating partnerships that advance the movement of “Food is Medicine.”

Kelly graduated from Marian University with a bachelor’s degree in business administration with a concentration of human resources. She became more involved with social issues relating to hunger when she began a one year term of service as an AmeriCorps VISTA with the Indy Hunger Network. While at the Indy Hunger Network, Kelly managed the Cooking and Nutrition Education pilot project aimed addressing access issues and barriers to healthy eating.

Kelly is married to Mark Feyock and they have 3 daughters who share her passion of cooking and hospitality.

“I am passionate about Meals on Wheels. I believe we provide an important and invaluable service to end hunger and malnutrition for our senior, disabled and homebound neighbors.  It is my honor and privilege to be of service to these special folks.”

Nick’s career with Meals on Wheels began years ago as a volunteer while he was a student at Brebeuf.  During that time, Nick says “I learned how important that one-on-one relationship is to those who are homebound.  I learned so much from those visits.”

Nick also spends his time with advocacy for GLBT seniors; when he lived in New York City, he was an active volunteer for SAGE (Service & Advocacy for GLBT Elders).  He’d like to see more done in the Indianapolis community for this often overlooked population.  Also during his time out east, Nick worked on several Alzheimer’s research projects and continues work in Alzheimer’s research advocacy here in Indiana.

Born and raised in Indianapolis, Nick returned to Indy in 2013 after time spent living in New York and Philadelphia.  His other passion is music, as he holds a Bachelor of Music degree from Northwestern University.  He puts his degree to good use as Organist at First Congregational United Church of Christ on the north side of Indianapolis.

When Nick is not hard at work, he can be found cooking a meal for his family, enjoying a performance by The Indianapolis Symphony Orchestra, or volunteering at the Theater at the Fort, Arts for Lawrence, and Fairbanks Hospital. 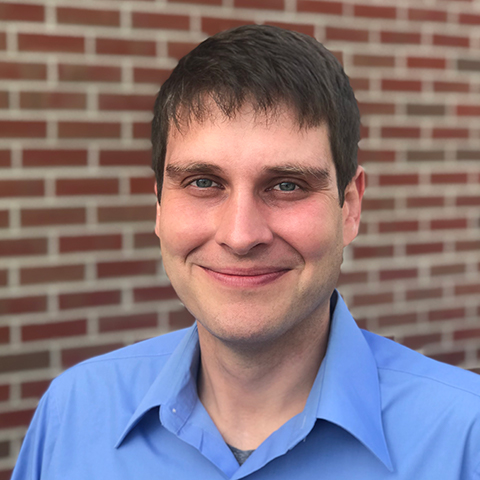 “I enjoy working for Meals on Wheels because I like the interaction I have with our clients, whether on the phone or while delivering meals, and helping the organization fulfill its important mission in the community.”

Robert learned about MOW from his father, a longtime and dedicated MOW volunteer, whom he accompanied on numerous meal deliveries. As he went through high school and college, he became a paid driver for MOW and drove during summers and school breaks.

Rob graduated from Indiana University’s Kelley School of Business, then spent five years at a CPA firm where his focus was on healthcare audits. Rob’s biggest interests include baseball and music. He enjoys visiting the local record stores to hunt for records and attending shows around town.

Rob can ultimately thank his father for getting him involved with Meals on Wheels at an early age. He now continues the legacy of giving back to the same community in which he was raised.

Mystica joined the Meals on Wheels team in June. She discovered the program through her love of non-profit work and serving others, remarking that “The Ryan’s Meals for Life pilot is such an important program and I am proud to work with an organization that makes life a little easier for the people it serves.”

Mystica has always been a believer that food is medicine. “I had to educate myself about diets for chronic illness at a young age so that I could help my mother during her battle with breast cancer,” she says. She made it a priority to help her mother with meals that would benefit her body.
Now, Mystica enjoys finding new ways to create nutritious and great tasting foods for her young daughter, Marley. It’s important to her that she is setting Marley up for success so that she can one day know how and which foods are good for her body.

Mystica studied Art History at Herron School of Art and has worked in many non-profit art galleries around Indianapolis. She served as an AmeriCorps member and traveled to different low income communities to spread the word about art within their community. This is when she discovered her passion for serving others.

When she isn’t working Mystica enjoys running, art projects with her daughter Marley, and going to the movies.

“Justice within our food system has always been a passion of mine. At Meals on Wheels, I get to fulfill that passion everyday by ensuring our clients receive nutritious meals.”

Lauren holds a BA in Sociology from the University of WI—Stevens Point. After graduating, she was an apprentice on a local farm before she moved on to coordinate Fresh Bucks Indy—a program created to assist low income families in purchasing fresh produce—as an AmeriCorps VISTA for the Indy Hunger Network.

After her second term of service ended, Scharenbrock transitioned to a position at a local food bank where she coordinated the summer mobile pantry program as well as assisted clients in signing up for the Supplemental Nutrition Assistance Program.

In 2017, she began working for MOWCI as a Project Manager.

“When my parents were older, they benefited from the camaraderie of fellow diners at congregate meals sites in Minnesota. I saw firsthand the value of nutrition and companionship for older adults. At Meals on Wheels, I am able to ‘pay it forward.’”

Growing up in the Land of 10,000 Lakes, Margaret and her older brother and sister spent long Minnesota winters snow skiing and ice skating. With a Bachelor of Science in Dietetics from the University of Wisconsin-Stout, Margaret worked in several supervisory and management food service and nutrition positions at health care centers and schools before discovering Meals on Wheels of Hamilton County, Inc. Serving as proxy for a friend on the board, in 1998 she was asked to take the Executive Director’s role, where she served until 2006.

A wife to Phil, mother of two grown girls, Kacee and Carol, and grandmother of three (two girls and one boy), Margaret and her husband have lived in Indiana for 45 years.

However, Margaret strives to keep her Minnesota roots alive by designing eight-inch, themed Christmas trees that feature hundreds of miniature ornaments that brighten up the holidays in the Lukes household.

“I like giving back to those who can’t always speak up for themselves: elderly and disabled homebound men and women.”

When Vicki finally landed at Meals on Wheels she knew her heart was in the right place. Formerly a preschool teacher, Vicki began as a volunteer with MOW to fill her day during the long summer months. Soon, her heartstrings tugged her in two directions: she felt pulled by her schoolkids as well as the MOW clients who required outside support.

This mother of three has lived in Indianapolis all her life, and remembers biking the dirt road that later became busy Keystone Avenue. She recalls sneaking out of the house to attend anti-war rallies downtown. She met her husband John at a Jimi Hendrix concert at the Indiana State Fair Coliseum in 1969.

Her love of the great outdoors and her desire for personal contact with the clients keeps her on the road most every day delivering meals and training new volunteers. 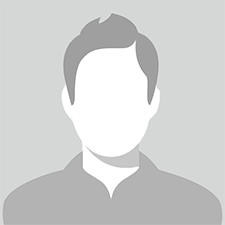 John Francis knows that food is medicine and believes that nutritious food is a necessity for individuals of all ages. John began his tenure with Meals on Wheel in 2011and became an official member of the MOW staff in 2015.

John is a life-long Indiana resident who likes to hike and enjoy the scenery at Fort Harrison State Park.  John and his girlfriend Diana will soon celebrate the first birthday of their daughter Nora.

“I love people and my work with Meals on Wheels and the Sol Center allows me to use my emergency management and organization skills to help people in a variety of ways on a daily basis.”

For the last 29 years, Dave has been one of Indiana’s first responders. Dave began his career in 1988 as a volunteer firefighter while working as an EMT for a private ambulance service. In 1996 Dave became a Nationally Registered Paramedic. Shortly after this, Dave began his career as a firefighter/paramedic for the Plainfield Fire Territory. Dave currently serves as the Chauffer on Engine 121.

In 2013, Dave joined Meals on Wheels as a volunteer for Bingo Bash and as a route driver. Dave’s volunteer commitment grew as the needs of the Sol Center grew.

In 2014, Dave became a permanent staff member overseeing the needs of the Sol Center and its tenants. Dave also continues his work as a Plainfield firefighter.

Dave spends his free time in the company of his wife Andi and their children Dawson (18) and Teagan (14). When he is not busy with his family, Dave enjoys woodworking.

“I’m doing what I like, which is taking care of the building and grounds which houses Meals on Wheels and several other not-for-profit organizations.”

A lifelong Indianapolis resident, Henry graduated from Arsenal Tech High School and worked for several companies before landing a building maintenance position at the former Indianapolis Senior Center for seven years. This led to his current position at MOW, which purchased the building, now named the Sol Center, in the fall of 2012.

Married for 44 years, Henry lights up when he talks proudly of his three children (one girl, two boys) and three granddaughters. He likes doing art (portraits and landscaping), and has been busy lately teaching himself how to play guitar and keyboard.

Another of his passions is sports. He is a huge Colts, Notre Dame, and IU fan, and he even loves to watch golf! Henry likes meeting new people and his friendly smile is often the first thing people see when they visit the Sol Center.

© 2019 Meals on Wheels of Central Indiana | All rights reserved.